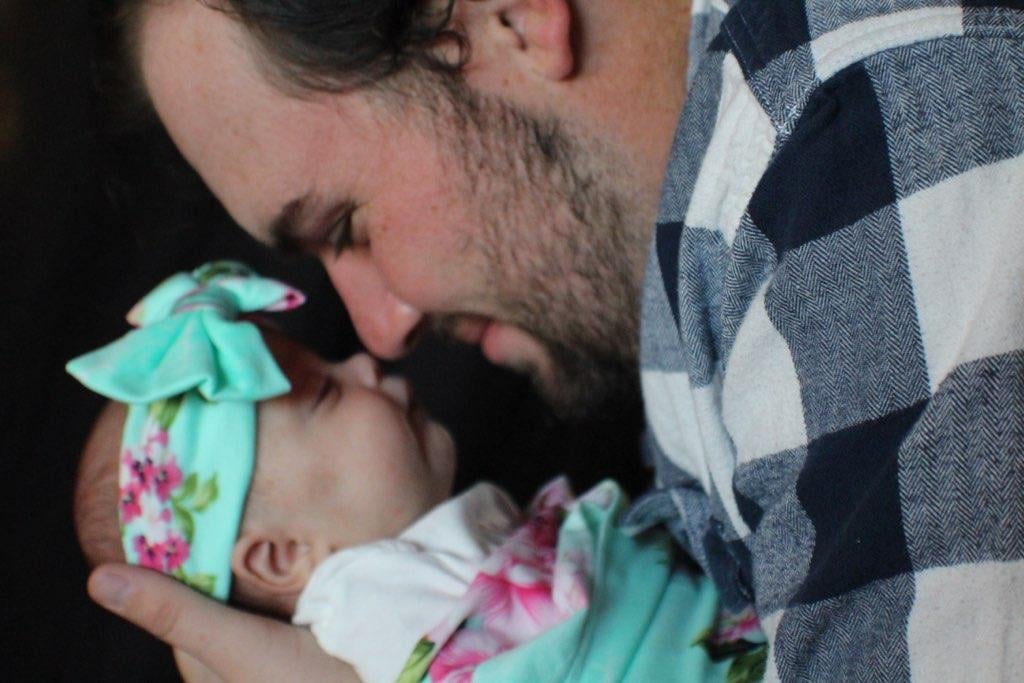 Posted at 11:58h in Families, Featured, Our Impact by Jordan Oliver

In early October, Steffani and her partner, Sterling, received the news no parent-to-be wants to hear; their daughter, Scarlett, would be arriving early. “It was scary, but not unexpected, the doctors told us that my uterus had stopped growing, so there just wasn’t enough space for her to reach full term,” Steffani said. The family from Aztec, New Mexico, was airlifted to Presbyterian Hospital in Albuquerque.

Scarlett was delivered seven weeks early at just 4lbs 15oz. “She was so tiny, and there was a valve in her heart that never fully closed. She also had a lot of breathing and feeding issues, so she was sent to the NICU right away.” Two days before Steffani was discharged from the hospital, a social worker told the family they had been offered a room at the Ronald McDonald House. “It was such a relief, not having to worry about how we were going to pay for a hotel room while Scarlett was in the hospital. Having the option to pay $15 a night and get meals made a huge difference for us,” said Sterling.

The family stayed at the House for 15 nights until Scarlett could be transferred to San Juan Regional Medical Center, closer to home. “She was in the hospital until November 7th,” said Steffani, “Getting to bring her home was an incredible feeling, but also scary. All of the NICU nurses had been so helpful and supportive, but she adjusted to life at home just fine!” Scarlett’s parents say she is now sleeping through the night, has doubled her weight, and is already trying to crawl. “She’s a fighter for sure, and she never wants to be put down! We don’t mind, though, because she had to spend so many nights without us when she was first born; we’re just grateful we were able to stay close to her at the Ronald McDonald House.”